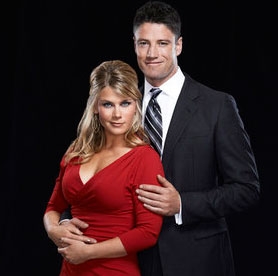 Will EJ and Sami ride off into the sunset?

On October 10, EJ DiMera (James Scott) was shot by DiMera henchman Miguel. This was part of a botched negotiation between EJ and Clyde (James Read) that went wrong when Elvis ordered him out of town. The two men then covered the killing up to look like a robbery. Sami found his body soon after. He managed to utter some final words to her before died. After he was taken to the Salem morgue, Sami continued to weep over his body. Eventually, his sister Kristen (Eileen Davidson) arrived and injected him with something mysterious at the behest of Stefano (Joe Mascolo).

You can read more about his demise in Soaps.com’s Days of our Lives recap: He Died in her Arms.

Viewers of “Days of our Lives” have been speculating for some time that James Scott, who has played villain EJ Wells DiMera might leave the soap when Alison Sweeney announced she would leave Days back in January. Her final airdate has yet to be announced though her last shooting date is at the end of May and the actress told Ellen on “The Ellen Degeneres Show” she’d be seen through until approximately November.

Scott’s contract was reported to be up this year and it turns out, his last tape date was May 2. The actor gave Soap Opera Digest an exclusive saying, “I would like to extend a heartfelt thank you to NBC, Sony and Corday, particularly Ken Corday, for the amazing 8 year run on ‘Days of our Lives’ and for graciously supporting me in my decision in leaving the show to take personal time. To the unbelievably loving fans, I can’t begin to express my gratitude for your love and support over the years. I will miss you immensely.” NBC/Corday Productions says, “We are saddened but supportive of James Scott’s decision to leave the show after eight years to take some personal time and pursue new projects. His contribution to the show has been tremendous and we wish him the best always.”

It remains to be seen how the duo will be written out of the show. Soaps.com will update readers once information becomes available and wishes James Scott all the best in his new endeavors. 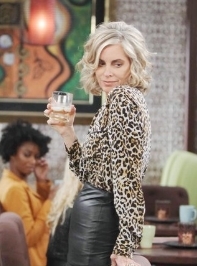