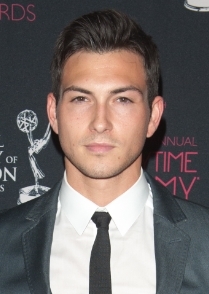 The character of Ben came to town a few weeks ago and immediately began upsetting Jordan’s (Chrishell Stause) life. However, it looks like the character is getting an upset of his own. The role has just been recast with Robert Scott Wilson. Justin Gaston has been playing Ben since the character first appeared on February 27.

According to Soap Opera Digest, Wilson has been shooting material since January and will be appearing in scenes starting next month. His first airdate is May 22. Wilson will be familiar to some viewer for playing Pete Cortlandt on “All My Children” and as one of the male models on “The Price Is Right.”

On his Instagram account, Wilson posted, “As you all may or may not have seen, my last taped episode of #PriceIsRight aired this morning. I thank God for such an amazing experience/opportunity and for being a part of history. That’s all I ever wanted. But in no way am I leaving for a bad reason, some of you may have already read, but it’s for a great reason… And I can’t wait for you all to see it unfold.”

Get a sneak peek at what’s ahead in Soaps.com’s Days of our Lives Weekly Spoiler Video: Bombshell. And then discover why Ridge turned down Eric’s offer on B&B.