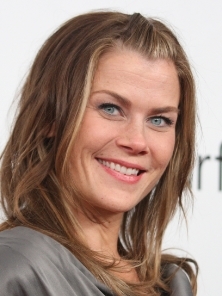 Can anyone take her place?

“Days of our Lives” viewers were shocked last month when Alison Sweeney announced she would be exiting the series and leaving the role of Sami Brady behind. “I decided that it’s going to be my last year with the show. I’ve been on ‘Days of Our Lives’ since I was 16 years old, and I have never had more than a two-week vacation in that whole time. I mean, it’s awesome, I love Sami, I love Salem, I love my job, I love daytime, I love the fans. I love everything about it. I have worked so much and my daughter just turned five and my son is nine and I just want to be with them and enjoy my last year. I’m going to be on ‘Days’ all this year. We don’t have a specific time, [she’ll be off canvas] but I’m going to be on all this year and see what happens,” she told the audience of “The Ellen Degeneres Show.”

It’s unclear if the character will be gone forever, or if Sweeney may return at some point in the distant future. Either way, Samanther could be out of Salem in 2015. Speculation about how the character might leave and what it could mean for EJ (James Scott) is in the air, but it’s still too soon to say. For her part, Sweeney stated that, “I don’t know! I kind of want to… I mean it would be awesome to have some kind of happy ending, but then I also think Sami probably deserves some sort of very twisted, like, ‘Breaking Bad’ ending.” You can speculate on her exit yourself by casting your vote in our Days of our Lives Poll: So Long Sami.

Things may even get more surprising if the character isn’t simply written off. In that case, a new face could take on the role and ruffle some feathers in Salem. But could anyone really take over the role that Alison Sweeney has held on to for so long? Since the soaps love to use familiar actors over and over, Soaps.com has assembled a list of possible candidates to take on the lucrative part. Who would you be curious to see take it on?