Days of our Lives’ Ralph Waite Dead At 85 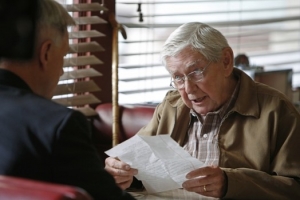 May he rest in peace.

According to The Hollywood Reporter, the actor’s family accountant, Steve Gordon confirmed Ralph Waite has passed on at the age of 85 mid-day Thursday February 13 in his home in South Palm Desert, California.

Waite portrayed the beloved patriarch, John Walton, of CBS’s long-running series, “The Waltons” for nine years and directed fifteen episodes. The actor was acknowledged for his hard work on the series with an Emmy Award nomination in 1978. More recently, the actor played the recurring roles of kindly and sympathetic Father Matt on NBC’s “Days of our Lives” and Gibbs’ father, Jackson Gibbs on “NCIS.”

Waite was a former U.S. Marine Corps member from 1946 – 1948, he was the founder and director of the Los Angeles Actors Theatre since 1975, and ran unsuccessfully for Congress three times in California as a Democrat. Waite leaves behind his wife Linda East and three children.

A few actors from “DOOL” tweeted about their time working with the actor:

Ralph Waite RIP ,you'll will be very much missed .It was an honor and always a pleasure to work with you .

To my good friend Mr. Waite! You will be terrible missed & I feel honored to have share the screen… http://t.co/qyuVbT9YDW

Soaps.com sends our condolences to Waite’s family and friends during this time of sorrow.

Days of our Lives' Eric Martsolf In...

Days of Our Lives Weekly Actor...