Eileen Davidson Returns To Days of our Lives

A rep from “Days of our Lives” confirmed to Soaps.com that Eileen Davidson will be returning as Kristen DiMera. The announcement comes on the heels of an exciting two year pick-up announced less than a week ago by NBC. The actress is slated to begin taping sometime in March and will begin airing the summer of 2014.

Over the past year, the character of Kristen DiMera has been the driving force behind some of the most engaging and provocative storylines leaving fans and critics alike wanting more and eager for the return of their favorite villainess.

Returning for a powerful story arc that’s bound to keep viewers on the edge of their seats, Co-Executive producer Greg Meng commented, “As an important member of the ‘Days’ family it is exciting to have Eileen return. The writers have some great things cooking for Kristen and we can’t wait for the fans to see what this will mean for Salem. Must-watch TV at its best! Stay tuned!”

Another return has Kassie DePaiva to DOOL as Eve Donovan. For more dish on the returns, check out last week’s Deconstructing DOOL. 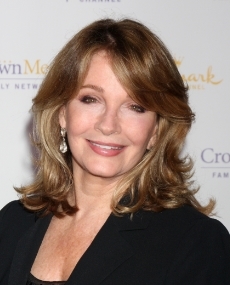 Days of our Lives' Deidre Hall On Home & Family