Kassie DePaiva To Days of our Lives 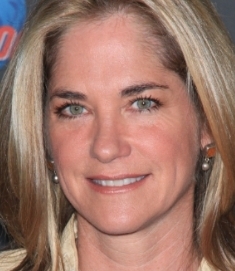 Another character on the canvas.

NBC has officially confirmed to Soaps.com that Kassie DePaiva will be joining the cast of “Days of our Lives.” She will be taking over the role of Eve Donovan, previously played by Charlotte Ross (“NYPD Blue”). Look for her to make her first appearance this summer.

Delighted about the latest addition to the cast, Co-Executive Producer, Greg Meng explained, “We are excited to welcome Kassie to the Days family. Stay tuned to find out how the return of Eve Donovan shakes things up in Salem!”

DePaiva had this to say on her website about her upcoming role on the soap:

(January 26, 2014) “Well, I’m sure you have heard the news by now… I am headed to NBC… The wonderful ‘Days of Our Lives’ soap opera!!! This year ‘Days’ will be celebrating its 50th year on network television and I am thrilled to be a part of it. And now that it is official I can shout it from the mountain tops! I got the call ironically in December on the 20th anniversary of my debut as Blair Cramer on ABC’s ‘One Life to Live’.

And as sad as it is to say goodbye or put Blair on hold… I’m equally as happy to say hello to Eve Donovan. She seems to have a very rich history in Salem with many family members to surround her. I look forward to discovering the character as well as the town. I wish the gloriously beautiful and talented Charlotte Ross great success as she starts her new adventure on ABC’s ‘Nashville’. I know she is greatly loved by the ‘Days’ audience and I have very big shoes to fill. I promise to do my best to live up to everyone’s expectations. So all you ‘One Life to Live’ watchers…it’s time to start watching ‘Days of Our Lives’ now. You will be caught up and ready to really invest in Salem by the time I start airing this summer.

Needless to say… I am a huge soap fan. I love the genre and couldn’t be happier to be back in the mix. Thank you all for all your lovely comments and tweets. I look forward to the coming year with great anticipation. I start working on set very soon and will keep you posted!!!

Until next time… Kassie”

Some are asking what happened to Charlotte Ross, who had been in talks with the studio to reprise her role as Eve Donovan. This is what the actress had to say on her Twitter feed:

I had to pass on reprising my FAVE role,Eve Donovan,as I'm currently filming 3 projects(NASHVILLE-abc now)& I know Kassie will be wonderful!

Rumors have been circulating for some time that soap vet Kassie DePaiva (ex-Blair, “One Life To Live;” “General Hospital”) could be headed to “Days of our Lives” for some time. Now, it looks like they could turn out to be true and we could be seeing her in Salem soon. TV Guide’s Michael Logan tweeted:

No official statement has been made by the actress or the people at "Days" so far but Soaps.com will update you as more information becomes available. DePaiva played the role of Blair Cramer between 1993 and 2013 after having previously played Chelsea Reardon on "Guiding Light."

Take a trip down memory lane to revisit some of Roman's one night stands in Throwback Thursday Days of our Lives Poll: Held Captive. And then watch a preview of the hostage taking on Beauty And The Beast.