Days of our Lives’ Riley Bodenstab On Justified 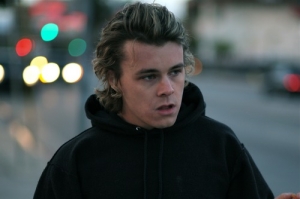 We saw his character get dragged in by the Salem police last week on “Days of our Lives,” but Riley Bodenstab (Cole) will be popping up on Primetime this week. Viewers will be able to see the actor when he appears as Derrick on the FX series “Justified.” The series stars Timothy Olyphant (“Deadwood”) and former “Passions” star Natalie Zea (ex-Gwen). Bodenstab has been busy lately. He also recently shot the role of Connor in the horror movie “Villisca” as well as the role of Jack in the thriller “The Last Boat to Alcatraz.”

Take a look at the promo for the episode “The Kids Aren’t Alright,” scheduled to air on FX on January 14. Check your local listings for more details.

Find out what is ahead for the people of Salem this week by watching the DOOL Weekly Spoiler Video: Dangerous Secret. And then learn why Ridge is really back on B&B.