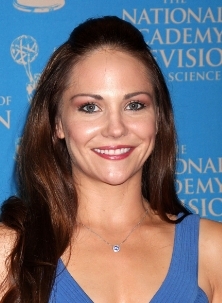 The new girl in town.

The population of Salem is about to expand a little. According to Soap Opera Digest, Jade Harlow has been cast in a new role on the series. Harlow will be recognizable to some viewers for her previous soap work. She played Lianna Ramos on the web soap “The Bay” and was the second Jessica Bennett on “Passions” from 2000 – 2003. The actress recently completed shooting the supernatural thriller “Hallowed” starring “General Hospital’s” Tyler Christopher (Nikolas) and Kristos Andrews from “The Bay.”

The name of Harlow’s character has not been released but there have been suggestions that her character will be a love interest for Lucas (Bryan Dattilo). Look for her to make her first appearance in January.

Take a step back into the past and test your memory with Soaps.com’s Throwback Thursday Days of our Lives Poll: Samantha Evans’ Issues. And then get the details concerning Lamar Odom’s probation deal.