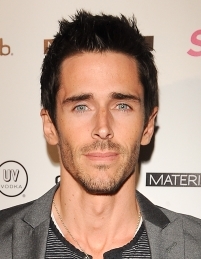 Former “Days of our Lives” stars Felisha Terrell (ex-Arianna) and Brandon Beemer (ex-Shawn Douglas; ex-Owen “B&B”) have been cast in the upcoming movie, “Fear Clinic.” The film will follow five people who have been traumatized by tragedy. They all enter into therapy with Dr. Andover at his clinic in a bid to deal with the phobias they have developed. However, recovering from trauma proves to be far harder than any of them expected.

Terrell will be playing the role of Osborn, a therapist at the clinic, while Beemer will play Dylan, a moto-cross rider. Rounding out the cast will be Robert Englund, best-known as Freddy Krueger in the “Nightmare On Elm Street” series, and Corey Taylor, the frontman for the band Slipknot. Former Australian soap star Cleopatra Coleman (ex-Glenn, “Neighbours”) is also in the cast. The film is an adaptation of a 2009 horror series for FearNet. Look for “Fear Clinic” to be released around Halloween 2014.

Get all of the tragic news surrounding ex-Y&R’s Paul Walker’s Death. And then get a sneak peek at some of your favorite Soap Stars In Beacon Hill The Series.

Days of our Lives Spoiler Video: Too...