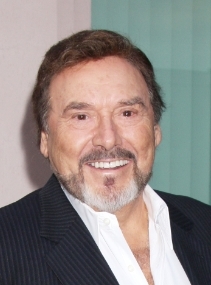 What’s going on with Stefano?

In an interview with Daytime Royalty, veteran “Days of our Lives” soap star Joe Mascolo (Stefano) dropped a few hints about what’s in store for his Salem character in the coming months. “God almighty, we’re four months ahead, and I haven’t been there in a while because I broke my leg,” he explained.

Since the actor has apparently broken his leg, his character could be spending a lot of his time sitting down. That doesn’t mean that he won’t be up to causing some havoc though. Soaps.com is waiting for official confirmation that the “Days” actor has actually broken his leg and how this may affect his scenes.

Read the full interview with Joe Mascolo for a few casual jabs and dropped hints.

Learn when Stefano’s son Chad will be making his final appearance as Casey Deidrick Exits DOOL. And then read about Hilary’s unexpected offer on Y&R.

Days of our Lives' John Aniston In...