Nathan Owens To Exit Days of our Lives 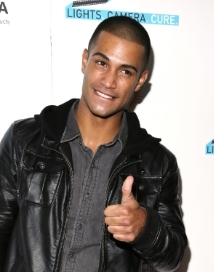 The “Days” cast keeps getting smaller. According to Soap Opera Digest, Nathan Owens will be leaving the series behind. Owens took over the role of Dr. Cameron Davis at the end of last year after Schuyler Yancey left the part. His character recently broke things off with his longterm unconsummated love interest, Abby (Kate Mansi).

It looks as though Owens’ final appearance will be in November. The actor has already moved on to modeling work and is auditioning for Primetime shows.

Soaps.com wishes Owens all the best on his future endeavors.

Take a look at what’s coming up this week in our DOOL Weekly Spoiler Video: Not Again. And then find out what happened when Quinn kissed Eric on B&B.

Jerry Penacoli Back To DOOL