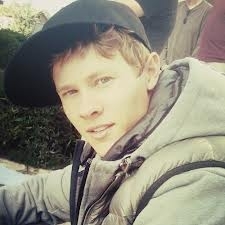 Viewers can expect to see Guy Wilson make his debut in Salem as Will Horton during the first week of January. Soaps.com will update you when more specific information becomes available.

Since Chandler Massey’s departure from the role of Will Horton was announced, viewers have been eager to find out who would be replacing him. While doing a radio interview, Jen Lilley (Theresa) let it slip that Guy Wilson has been cast in the role. Wilson has some previous soap experience, playing a small role on “GH” back in 2006. Since then he has made appearances on “Castle,” “NCIS,” “Bones,” “Hawaii Five-0” and “Breaking Bad.”

Massey has already left the role of Will, shooting his final scenes on August 23 so that he could leave his contract early.

Relive some soap history in our Throwback Thursday DOOL Poll: Liz Chandler’s Shooting. And then find out what record Miley Cyrus broke.