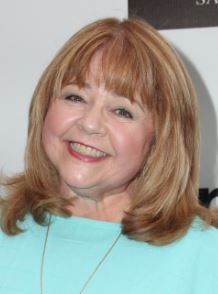 Earlier this year, “Days of our Lives” alum Patrika Darbo (ex-Nancy) appeared in “Mickey Matson And The Copperhead Treasure,” a children’s adventure movie about a boy’s battle against Confederates trying to re-fight the Civil War with the help of a mystical device. Darbo will be reprising the role of Grams in the sequel, “The Adventures Of Mickey Matson And The Pirate Code.” It is currently in production in Michigan. No release date has been announced so far but Soaps.com will update you as information becomes available.

Darbo briefly returned to “DOOL” earlier this year but has been busy since she left. She has been appearing as Bertha on “Devious Maids” and recently wrapped a role in “My Trip Back To The Darkside,” starring Sean Kanan ( AJ, “GH”) and Sean Young (ex-Meggie, “Y&R”).

Find out another of Darbo’s projects by reading Days of our Lives Stars In Blank. And then find out who Jason now fancies on Coronation Street.