Days of our Lives Stars In Blank 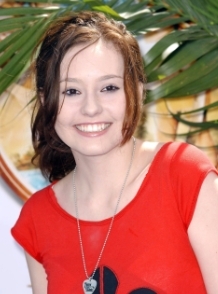 Update: This project’s name has been changed to Acting Dead. Find out when production begins and more, within the link.

Former “Days of our Lives” star Jillian Clare (ex-Abby) has teamed up with Brian Beacock (“McCracken Live!”) for a new indie comedy series. “Blank” will also feature a few other actors familiar to Daytime viewers. “DOOL’s” Patrika Darbo (ex-Nancy) and Eric Martsolf (Brady) will be appearing in the series along with “GH” actor John J. York (Mac).

“The show is a combination of all things I love – dry comedies, horror films and ‘fish out of water’ stories. The series will be shot in the style of ‘Arrested Development’ and ‘Parks and Rec’ but with a twist, an anachronistic mash-up of eras, with a bizarre look at Hollywood. We’re hoping to create our own look and visual personality for a web series that hasn’t been done before. Ultimately, as always, I just want my mom to like it,” explained creator and writer Brian Beacock.

The series will also feature appearances from Cocoa Brown (“Tyler Perry’s For Better or Worse”), Gary and Larry Lane (“From Hollywood to Dollywood”), Peter Allen Vogt (“Hanna Montana”), Sheila Sheila (“Betty White’s Off Their Rockers”), Mitch Silpa (“Bridesmaids”) and Christine Lakin (“Step by Step”). The series is looking for funding from possible viewers. Visit their Indiegogo Blank page for information about how you can help. Among many other options, those who donate could receive a ‘Drop Dead Soap Fan Perk’, which would involve the chance to have lunch with the stars.

For more projects from the stars, read DOOL’s Kate Mansi’s Birthday Benefit. And then find out who killed Robbo on Neighbours.

Days of our Lives Weekly Spoiler Video: The Wrong Hands 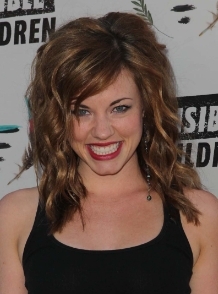