Will.
William needs to stop being a whining needy little bitch. The writing's changed for these two so much that I'm no longer rooting for them but hoping Brent lures Sonny away. That's not how a viewer should feel, especially one who loved WilSon.

Predictable possible pregnancy.
Which brother’s magical sperm impregnated the impregnatable? I mean if she is pregnant. Considering Kristen’s gone in November, it’s hard to tell what road the writers will take with this. Vote in my poll: Kristen's possible pregnancy. I have to say the show did really well with the product placement. Nothing to poke fun of there. It was almost disappointing!

Closure for Bo.
We learned that Bo’s off on an undercover mission and Hope won’t hear from him in a while. That’s all I needed. He’s gone. Now what? Life goes on.

Nicole the shrew.
Females in Salem always get a turn at being the shrew for a time. It’s Nicole’s turn. I can’t believe such a fun-loving, scheming character was once again wasted this week. Even at the book club she was paranoid and a drag. The rest of the week she meddled and wasn’t a good friend to Brady or Eric. I mourn for the Nicole that once was. Instead of mooning over a man of the cloth, why didn’t she set her sights on Mr. Shirtless at the beach? Pining is a waste of time. She should quit her job while she's at it.

Chad’s brain.
I just can’t get into this storyline. Not just because we already went down this road with Lexi last year. Chad's character has almost always been written as an afterthought. I have always thought he would have done beautifully written as an evil DiMera. There have been so many lost moments over the past few years that if they're not going to write for him the way fans want to see him, it's probably better not to see Chad at all. Pretty sad.

The big reveal.
After seven wonderful and enormously amusing years of recapping and blogging aside someone I admire more than he knows, it pains me to tell you today's Matt's last day of blogging and recapping for "DOOL" on Soap Opera Fan. He's soon to be busy with graduate studies. All isn't lost as he'll stay on to continue writing for Soaps and Soap Opera Fan in a smaller capacity. You'll even be seeing him recapping and blogging here on Soaps.com from time to time. Congratulations, Matt!

The final Matt’s Musings on DOOL. Matt says, "Although Elvis sent Sami her Pepto Bismol dress to make her feel better, the sight of it at her latest hearing seemed to make the judge feel ill at ease." 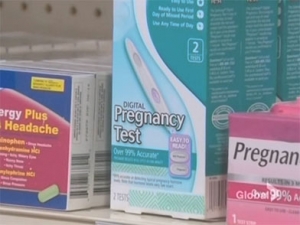 Alice’s kitchen made a return this week, we were treated to some good times with a few baked Salemites, we saw very little headway made with the other storylines and Salem commemorated the anniversary of last year’s Daysaster with a few short yet touching moments.

Down the rabbit hole.
The ladies of the book club ended up bringing fans together in a way we’ve never seen. Viewers didn’t judge, but instead enjoyed themselves almost as much as the clubbers did. It was fitting for the book club to read “Alice In Wonderland” while eating JJ’s weed-laced doughnuts. It’s a good thing Hope left early. SPD doesn’t need more help in looking bad. I love Julie’s rant about cruses being boring which was such a surprise, considering that’s all she and Doug do. Well. Except for whatever they do with those cuffs! Jennifer was so much fun – just like old Jenn, which was a nice breather from all of her current strife.

I think JJ actually felt contrite, though I’m not sure if he felt worse about getting half the women of Salem baked, or because he missed out on getting high himself. Violette, the “GH” recap writer says, “What will be even funnier is how boring their next book night will be.”

Theresa:
Theresa tried getting Dr. Dan to pay her a bit of attention by pulling the ‘trouble in the family’ card. He’s so freaking nice yet so unsuspecting. He would have taken her to coffee to lend an ear, and she’d likely have roofied his latte. Kayla’s lecture was illuminating. Theresa’s more of a badass than we suspected. If Jennifer wasn’t so generous pretty much to a fault, Theresa would likely be back in jail in Los Angeles. Theresa should be kissing Jenn’s lily-white ass. Kimberly can’t return soon enough!

Daysaster.
We briefly remembered Jack and Madison which was short and sweet. This is something the show doesn’t often do and it was appreciated.

Sami’s story.
EJ’s minion planted cash at Bernardi’s place which in a seriously lame attempt to prove Bernardi was corrupt. It backfired, of course. More of this and he won’t be fit to wear the evil DiMera name, and Sami will be condemned to life in prison.

The judge didn’t seem to give one iota that Sami was almost murdered not just once but twice since going to jail. Is he in Stefano’s pocket or is this because she’s a cop-killer? Even handing over their passports and impounding the plane still didn’t get Samanther home. At least they’re not allowing DA Trask to turn the trial into a three-ring circus by having uniformed cops littered throughout the courtroom.

The prosecutor’s list made me roll my eyes except that the widow Marge’s name wasn’t on the list. She definitely has something to hide! It’s ironic that Marge Bernardi’s the strongest female character we’ve had on the show in a while yet she’s loathed by many…

Who would have thought that Sami and Kate working together could work out so well! They realized Stefano was only interested in cutting off Rafe’s penis rather than killing him, causing Kate to mutter how much of a waste that would be! Still, why not tell Justin this? Any bit of evidence can help the case, surely?

Rafe.
Jordan attempted a few times to introduce herself as Rafe’s physiotherapist which wasn’t easy with EJ and Kate dismissing her from the room. They’re so imperious! Kate thought Jordan was a man which won’t bode well for Jordan. Worse, do I smell a triangle coming? Yech.

Days of our Lives Saturday Teaser Poll: The Truth