Kristian Alfonso Renews Contract With Days of our Lives 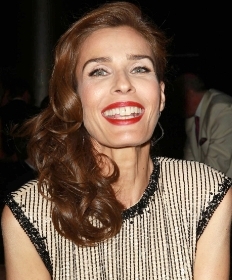 Fans of Kristian Alfonso (Hope) have something to be happy about. Although her character may not have been featured much lately, she will certainly be sticking around for the future. According to SOD, Alfonso has just inked a new deal with “DOOL” which will keep her on contract. The actress has been coming and going from Salem since she arrived in 1983. What the future holds for her character is unclear. Her frequent on-screen partner Peter Reckell (Bo), recently tweeted confirmation that he would not be returning to Daytime.

Be sure to catch the comic side of DOOL Alum Charles Shaughnessy In Snark. And find out about Theresa’s daddy issues in Soaps.com’s interview with Jenn Lilley.