DOOL’s Deidre Hall At She: An Expo For Women 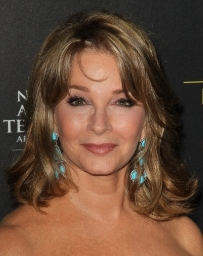 Deidre Hall (Marlena) will be in Chattanooga, TN later this month. The veteran “Days” star will be appearing at She: An Expo for Women on July 27 and 28, being held at the Chattanooga Convention Center. The actress will be appearing on stage with Travis Stork of “The Doctors” on July 28. She will also be meeting her fans at 2:45 PM for photos and book signings.

Visit She: An Expo For Women for more details.

Recall some of Eugene’s misadventures in the Throwback Thursday DOOL Poll: Calliope And Eugene. And then get a look at Josh Duhamel discussing babies with Kelly Ripa.

Superstore Cast Reacts to Final Season News: 'It's Hard to Know What to Say...'