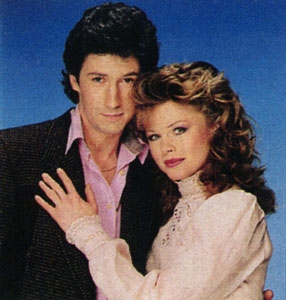 When we found out JJ’s mystery woman Theresa is none other than the daughter of infamous 80s couple Kimberly Brady and Shane Donovan, we couldn’t help but wonder what the whole town is in for now. There wasn’t a storyline too outlandish for Shane, and especially Kim, making their spawn’s arrival in Salem a delicious summer treat. From Kimberly’s introduction as a prostitute servicing Stefano’s men to her fear that Victor was her father – after she slept with him – when she found out her mother Caroline had slept with him too, there’s no telling where Theresa will lead us.

In fact, Shane and Kimberly have been the source of so many outrageous, dramatic and captivating storylines over the years, it’s hard to decide on a favorite. Vote in the poll below about which one stood out to you, or remind us about one we forgot in the comments below.

Vote about everything from Cassandra’s pregnancy on “AMC” to newcomer Wyatt on B&B in our Soap Opera Polls. And try to win a new room as DOOL partners with zeebox.