Find out about a turn that's about to come when Casey Moss dishes on JJ on the Emmys red carpet, and watch as Arianne tells a Soaps.com reporter who Nicole should be with in Arianne Zucker's Red Carpet Interview. 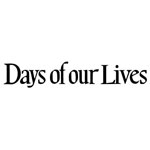 When Kristen’s life doesn’t go according to plan, she may sob on the floor about it but moments later, she’s back on her feet and scheming in order to find someone to pay for whatever happened to her, which is generally what she did to herself. This time she’s after Marlena, and since she wants the psychiatrist to squirm, she chose to go after her son Eric, the priest. She drugged him with a substance and had him making out with her soon after. What do you suppose the drug was? Any thoughts, leave them in the comments below or feel free to start a discussion in Soaps.com’s forums.