From heaven to us with great joy, we are proud to announce the birth of our baby boy!!!! #inlove ? @MattCedeno pic.twitter.com/Bcmc2IOxdp

Former "Days" star Matt Cedeno (ex-Brandon) is currently expecting a child with his wife Erica Franco. Cedeno played the role of Nicole's (Arianne Zucker) half brother off and on from 1997 until 2005 when he finally managed to escape from Sami's (Alison Sweeney) scheming. Viewers will be able to catch Cedeno as Alejandro Rubio on "Devious Maids." He will be appearing with fellow Daytime alums Brianna Brown (ex-Lisa, "GH"), Patrick Darbo (ex-Nancy, "DOOL") and Susan Lucci (ex-Erica, "AMC") when it premieres on Lifetime on June 23.

I can't wait to meet you daddy @MattCedeno I'm already the luckiest kid knowing I have you as a dad! Love, your son. pic.twitter.com/MU5OciOFUh

Soaps.com sends our congratulations to the happy couple and wish them all the best.

Get a look at the latest Hollywood baby news And then take a look at who was wearing what in Soaps.com's Daytime Emmy coverage.

Cedeno and his wife Erica welcomed their new baby on August 7. They are naming the boy Jaxson Cruz. 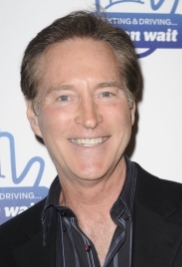