"Pretty Little Liars" returned with a new season last night and Soaps.com has every little detail in our PLL recap: A is for A-L-I-V-E. And in our latest Soap Scoop: UK/Australia Edition, David found out Kylie's secret on Coronation Street. 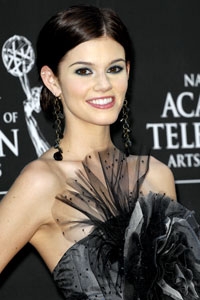 With every new crop of teenagers in Salem you can expect some cringe-worthy actions. And while JJ currently has a lock on bad behavior in town, some of what the past generations of teens have served up over the years make his pot smoking and vandalism seem tame in comparison.

From a 16-year-old Julie stealing a mink stole from a department store her very first day in Salem back in 1965 to Sami slipping Austin a date rape drug and sleeping with him before she was even 20, bad teenage behavior can certainly be a stepping stone to much worse crimes down the line. Heck, even some of those teens should have been locked up after what they did. So which underage action did you find most appalling? Vote then let us know about one we missed in the comments below.

Days of our Lives Spoiler Video: Dark And Outrageous