In this week’s Throwback Thursday poll, Soaps.com takes readers back to 1987 when Justin Kiriakis and his new bride, Adrienne, returned to Salem from their honeymoon in Greece…

Currently, Justin is focused on working with EJ DiMera, but back then, Justin was all about the Kiriakis family’s business affairs. This didn’t sit well with Adrienne, who disliked the illegal aspects associated with the Kiriakis empire. The stress of it all even led to her miscarrying her and Justin’s child.

During this rocky period, Justin actually accused Adrienne of losing their baby on purpose and things grew even worse between the pair. Justin eventually made the decision to choose his marriage over the Kiriakis clan, but returned to the fold after Victor got shot. The marriage went sour again, and Justin had an affair with Angelica Devereaux. Adrienne also had her fun; with stable hand, Emilio Ramirez. Justin was very unhappy about that, and set up a trap designed to kill Emilio. Unfortunately, things didn’t go as planned.

Do you remember the outcome of Justin’s plot? 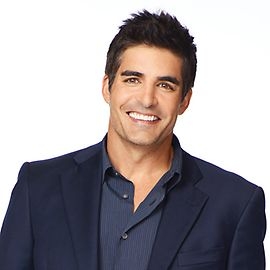 Days of our Lives Poll: Cut It Off