In this week’s Throwback Thursday poll, Soaps.com takes readers back to 1986 when a young man named Frankie Donner came to town and met Jennifer Horton…

Currently, Jennifer is having trouble with her own young adult son, JJ, who is struggling to come to terms with the loss of his father, but back in the late eighties, Jenn was dealing with issues of a different kind; the highs and lows of young love.

Frankie came to town with his younger brother, Max, who wasn’t really related to him. They were on the run from Max’s father. The Bradys took the boys under their wing and they were ultimately adopted by Caroline and Shawn. Frankie Brady met Jennifer Horton at school, and they fell in love. Attempts by Jennifer’s father to break them up resulted in their engagement. However, Jenn dumped Frankie after finding out her mother and grandmother were schizophrenic, because she was worried about herself or any kids they might have suffering from the condition. They later reconciled, but their relationship suffered again when a third party became involved.

Do you remember who caused issues between Frankie and Jennifer?

Days of our Lives Poll: Nick And Gabi 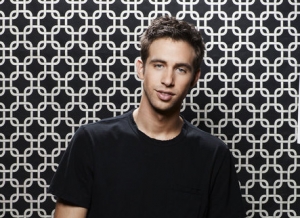