Days of our Lives Poll: Whodunit?

Oprah's farm, Walter's retirement, greedy celebrities and oh so much more in this week's Celebrity News.

This week's Primetime Dish has a list of all of the renewed TV shows, and the canceled ones in addition to the usual spoilers and news. 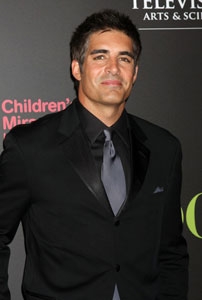 Who tried to murder Rafe?

Some man with a baseball bat, wearing a blue button-down shirt and black pants beat Rafe practically into a pulp this week. Whoever did it didn’t mean for Rafe to survive. Salemites don’t know why or who did it, but they’ve already a few suspects in mind including the usual suspects, Stefano DiMera and EJ DiMera, and this time they’ve added Nick Fallon to the list. We’re also including some prisoner recently released from Statesville who Rafe may have put away.

Vote for who you think did the dirty deed and then leave Soaps.com a message as to why you feel the character you chose committed such an abominable act.

Days of our Lives Spoiler Video: The Bottom Line