Find out who is keeping a secret on Coronation Street as well as other spoilers in Soaps.com's Soap Scoop: UK/Australia Edition. And keep an eye on our Daytime Emmy Coverage for up-to-date news on the upcoming awards show. 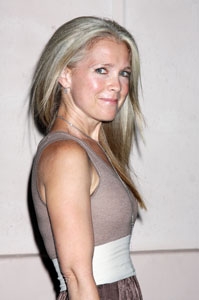 In today’s world a job can be hard to come by. For the citizens of Salem that never seems to be a problem as drastically switching careers is just par for the course. Sure, Nicole may be filing paperwork at the rectory now, but she used to dig for dirt as a reporter for Titan. And who could forget Marlena’s time hosting a radio talk show? Although maybe nothing could top Jennifer’s time working as a knife thrower’s assistant.

Most people in Salem have a few head-scratchers on their resume, but now that we know most of the men in town could double as strippers, nothing seems impossible. Vote below for your favorite job from the characters’ pasts or let us know in the comments about any we missed.