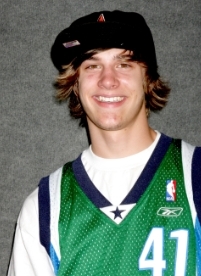 According to CBS Los Angeles, Dylan Patton was sentenced to three years probation on Thursday for selling cocaine.

Former “DOOL” star Dylan Patton (ex-Will) has landed in some real life drama. According to TMZ, deputies from the LA County Sheriff’s office arrested the 20 year old actor this morning on charges of allegedly dealing cocaine from his Agoura Hills home. He is currently in jail. Patton played Will Horton from 2009-2010.

Check out Soaps.com’s past Interview With Dylan Patton. And then find out what crises brings the community together on Neigbours.