Heading to the dark side.

In this week’s Throwback Thursday, Soaps.com takes readers back when Brady Black fell off the wagon after discovering Nicole Walker was only playing at being a pauper.

Brady’s love life always seems to be the catalyst for resurrecting his addictive demons and sending him to a very dark place. After being confronted by his father’s interest in his fiancée Kristen DiMera, his aunt Maggie, who is also his sponsor, fears he may be drinking again.

When Brady first returned to Salem following rehab, he was divorced from Chloe Lane and ready to start over, working for his grandfather Victor Kiriakis. In 2010, he fell hard for Arianna Hernandez, and was later dumped by her for his lack of faith in her innocence in the Salem muggings. The breakup didn’t go over well, but Brady quickly rebounded with Nicole Walker. When Brady found a bank statement detailing a $5 million wire transfer in Nicole’s name, he quickly moved from confusion to red hot anger. After an intense and aggressive lovemaking session, he confronted Nicole, demanding that she explain the wire transfer. Of course, she hemmed and hawed, said she loved him and basically continued to lie to his face. She held back that the wire transfer was hush money from EJ, to buy her silence about the Sydnapping. Furious, Brady literally kissed Nicole goodbye and just as quickly, he ended up at the Brady Pub saying hello to a glass of spirits.

Is Brady headed for another destructive drunken binge when he finally finds out about Kristen’s calculated deception? 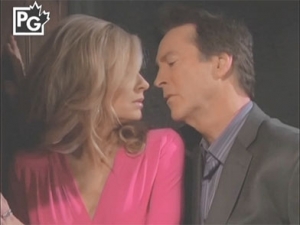