An instant father of two.

In this week’s Throwback Thursday, Soaps.com takes readers back to when Nick Fallon discovered that he was the father of two boys named Artemis and DeMarquette.

Since being released from prison, Nick Fallon’s obsession with his self-made family unit has led him to marry a pregnant Gabi Hernandez while seeking to help raise her baby girl. But even if Nick succeeds in removing Will Horton from her life, baby Hernandez won’t be the first child to call him daddy.

Back in 2007, Nick married a con-woman named Cassandra Arvin (aka China Lee) in Las Vegas. Unlike most grooms, however, Nick didn’t remember a thing about his big day – he’d suffered a serious concussion and had temporary amnesia due to a prior accident. When Nick and his bride returned to Salem, Cassandra introduced him to his stepsons – Artemis and DeMarquette. The boys immediately bonded with their new daddy who, at first, was reluctant to play the father. That all changed when soon after obtaining an annulment, Cassandra was arrested and later left the boys in Nick’s care – she wasn’t their mother after all. Now a single parent, Nick was immediately protective when a man named Umar Maboud came to claim the children. After it was established that Umar only wanted to reunite the boys with their parents who had received political asylum overseas, Nick successfully arranged for Artemis and DeMarquette to be safely handed over to Umar.

Do you remember what caused Nick’s concussion and temporary amnesia?

AJ Quartermaine must be Port Charles’ ultimate prodigal son, so why does he keep coming back home? Submit your answer in this week’s Soaps.com GH Poll: Forgetting My Troubles. The 40th Annual Daytime Emmy Nominees are in! Vote for your picks in Soaps.com’s Seventh Annual Sudzies. Voting begins today!

Days of our Lives Spoiler Video: A Pretty Good Guy 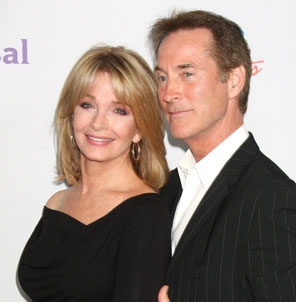