"OLTL" and "AMC" returned this week and Soaps.com has all the details. Read the latest OLTL recap: Don’t Let History Repeat Itself for up-to-date happenings in Llanview, then head over to Pine Valley for our AMC recap: I Promise. 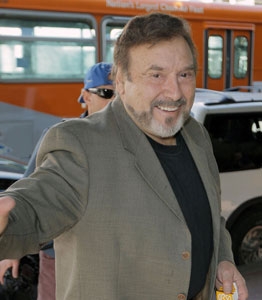 Is there a man more loathed and feared in Salem than Stefano DiMera? Not really. The role was made specifically for actor Joe Mascolo in 1981, and since that debut more than 30 years ago, Stefano has instilled hate in his fellow townspeople, who only rest a bit easier whenever he leaves Salem for extended periods of time.

But the show is always missing something when Stefano isn’t around. That something, of course, is spectacular, soapy scheming that schools all others. And now that Stefano is back we can’t wait to see what he has in store for Sami and crew after they came to him for help taking care of Nick. Our guess is it won’t be as simple as he would like to make them think.

Stefano’s list of former schemes is extensive, but which one was the most devious? Vote below or let us know in the comments about any we missed.

Days of our Lives Spoiler Video: About To Be Solved