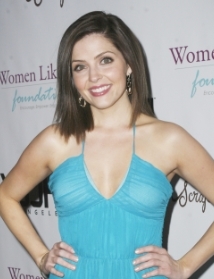 The cast of “DOOL” is about to grow a little. Soap Opera Digest has confirmed that Jenn Lilley has been shooting material for an all new character on the series. She started shooting about a month ago but details about who she will be playing are being kept mum.

Lilley will be familiar to some Daytime viewers for playing Maxie on “GH” when Kirsten Storms (ex-Belle, “DOOL”) was on sick leave. Since leaving “GH” last year, Lilley has appeared in “The Dark Knight Retires,” “Petty Offense” and the “Revelation Road” films.

Her first official air date has not yet been released.

To see which past character is coming back this week, check out DOOL Welcomes Back Jaime Lyn Bauer. And find out what Christopher and John Ross plotted to do in Soaps.com's Dallas Recap: A Call To Arms.

Days of our Lives Video: A Bad Dream

Days of our Lives Video: Where Did...