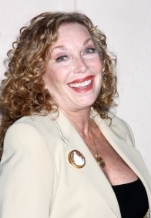 Jaime Lyn Bauer will be heading back to “DOOL.” Fans will be seeing her soon as she pops up as Laura Horton for two episodes next week. Bauer played Laura off and on between 1973 and 2002, making a guest re-appearance in 2010 when Alice (Frances Reid) died.

This time around, she’s coming back to help her daughter Jenn (Melissa Reeves). Look for her on daresay April 10.

He's been gone for awhile without very much explanation. Vote in Soaps.com's DOOL Poll: What To Do About Bo? to let us know what should be done with this story. And then take a look at the new AMC reboot videos.

Join us on Twitter @soapoperafan and Facebook. Come tweet and Facebook with us about "Days of our Lives," all the other soap operas, "Dallas," "Glee," "Grey’s Anatomy," "Pretty Little Liars, "Revenge" "Vampire Diaries," and "Venice The Series!"