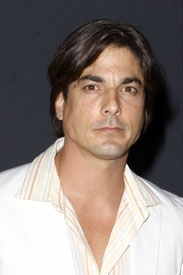 Nick spent four years in prison for killing Trent and holding Melanie against her will. Serious crimes for sure, and while he did his time, the repercussions from of his stint behind bars are coming back to haunt him in a big way.

Of course Nick is not the only person with a prison past in Salem, and while he is having a hard time getting away from his past, others have done time and made it through the other side.

So which other Salem residents who wound up behind bars was the most interesting storyline to you? Vote below or let us know in the comments about one we missed.

Find out if Karl’s guilt gets the better of him on Coronation Street in our Soap Scoop: UK/Australia Edition. Find out where you can meet your favorite Pine Valley residents at various fan events.

Days of our Lives Video: Actually...