In bed with the enemy.

Hell must be freezing over if Samantha Brady has convinced herself that to get justice for her son Will she needs to ask for Stefano DiMera’s help. But is it a mother’s sacrifice or a mother’s strategy that sends her down that murky path? Nick Fallon definitely needs to learn a lesson, but Sami may regret getting in the proverbial bed with the enemy in order to make that happen.

In 1994, with her lover John Black locked away in a dungeon below Maison Blanche, Dr. Marlena Evans struck a desperate bargain with John’s captor Stefano DiMera – she would give up fighting him and come to his bed freely. Stefano, blind with lust, couldn’t see that Marlena was playing him for a chance to save John. She needed the keys to the dungeon where John was being chained. Marlena’s feigned submission started with Stefano’s seduction – which Stefano had covertly arranged for John to witness on a TV monitor. Almost completely undressed, with only her stay-up stockings to go, Stefano finally succumbed to the sleeping pills Marlena had snuck into his wine, allowing her to steal the keys and attempt to save John.

John wasn’t the only one to get mad at seeing his woman in a heated embrace, and about to go to bed, with his hated enemy – fake or not. Someone else witnessed the exchange and flew into a jealous rage. Do you remember who it was?

Cast your vote for Nikolas’ cougar crush in this week’s Soaps.com GH Poll: A Surrogate. Is Justin Bieber a teenage singing phenomenon or a speed demon with a penchant for violence according to his neighbors? You decide in this week’s Celebrity News. 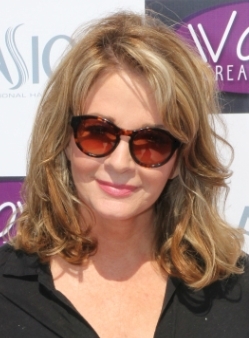 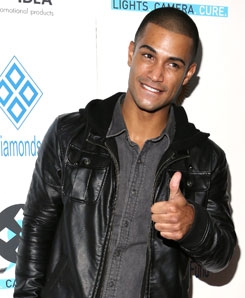