Poor John Black. His son Brady is determined to take the plunge into the murky waters of marriage with Kristen DiMera – and he can’t put a stop to it. Not to mention, the whole sordid relationship is eating John alive as he tries to find a way to mend the bond between father and son. It’s not the first time a woman has come between a papa and his cub.

Bo Brady’s reaction upon discovering Victor Kiriakis was his biological father wasn’t pretty. In fact, Caroline delivered the news as Victor was facing the barrel of Bo’s gun. But the two slowly came to grudgingly accept one another, until Dr. Carly Manning happened. In 1991, after Victor suffered a stroke, he became paralyzed from the waist down and confined to a wheelchair. Beautiful Carly was his physical therapist, but Victor wanted more. Unfortunately for him, Carly only had eyes for Bo. And so began the competition between father and son for the woman they claimed to love.

Victor went to great lengths to remove Bo from the picture. Do you remember what Victor did to ensure that Carly married him? Vote in the poll and comment below.

Cast your vote for what set Scotty Baldwin behind-schedule for his first-time bride-to-be in this week’s Soaps.com GH Poll: To Wed Or Not To Wed. From Sasha Fierce to Mrs. Carter, Beyoncé is now the face of H&M.

Days of our Lives Video: Holier Than Thou Neck 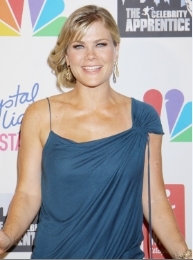