Visit Soaps.com’s Flashback In GH History to reminisce about when Carly and Jax got involved on "General Hospital." And it was a sad goodbye for the iconic JR Ewing on "Dallas" in last night's Dallas Recap: JR’s Masterpiece. 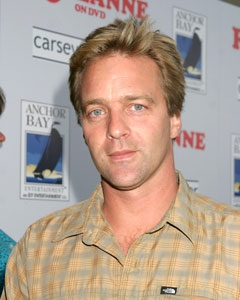 When Jennifer learned last week that Daniel and Chloe had brought Nancy to town to take care of Parker and act as a go-between for Jennifer and Chloe, she snapped on Daniel. Shocked he had never heard the story, she let him know that Nancy railroaded her brother out of the hospital. So what did devious Nancy do that has Jennifer ready to explode?

When Nancy and Craig Wesley arrived in Salem in 1998, the current chief of staff position at University Hospital was up for the taking. In order to ensure Craig was appointed over Mike Horton, they put a plan in place to guarantee he was caught in a compromising position. The job was to be announced at a reception at the Salem Inn, so Craig and Nancy hired a woman to pretend to have a broken down car, lure Mike to her room at the Inn and drug him.

Carrie found Mike passed out naked with the woman and soon the whole party saw what had happened. Despite a moving letter he wrote to Lexi, the board thought they should appoint Craig over Mike in order to avoid the bad publicity from the night before. But at a barbecue they appointed Mike over Craig after the woman admitted to drugging Mike.

Undeterred, Craig and Nancy worked to out Mike from his post every chance they got – even as Mike was saving Nancy’s life from breast cancer. Nancy made friends with a nurse named Ali during her time there, and once she got better, encouraged her to file a sexual harassment case against Mike.

Even though it wasn’t true, Mike ended up resigning in the midst of the scandal and left Salem. As for Craig? He finally got the job.

Days of our Lives Video: It Doesn't Matter