Speaking of loss, the show’s cast is pretty large, so we were told by producer Ken Corday, that we’ll be losing more, but who? I feel they should focus on the best actors, the vets and ditch efforts in trying to gather a newer, younger set of viewers. This isn’t 1950 or 1980 anymore. There aren’t as many younger girls (or guys) picking up the show as there were back then. They should focus on what the loyal fans want. Keep Anna, Tony, Victor, make EJ evil again as he was supposed to be, give Sami back control, make the women a little stronger…..stop being so preachy… It’s fine to introduce Autism into a soap if it’s done well. Best to keep out the stats - same goes for environmental discussions.

I must give kudos. The show sure knows when to give us fabulous actors such as Roscoe Born (ex-Trent Robbins) and Shirley Jones (ex-Colleen Brady), but they whisk them away soon after, just as we’re growing accustomed to them. I’d like to see less of this. I feel teased!

Surprise! For the most annoying character on the show this year, I think we’ve a tie between Melanie and Sami. Sami had that epiphany this year and tried to become a better person. She was maturing and it was great to see. Then, the show started writing her as whiny and pathetic, just before she went into the witness protection program. Now, Melanie is annoying in a different way. She didn’t have any real depth so I’m not yet invested in her. Melanie is annoying because she’s a little over the top. I enjoy watching her character evolve. She seems very theatrical to me, which makes it feel as though she’s acting on another show, as Matt Purvis (Soaps.com Guiding Light writer and Soap Opera Fan writer) pointed out in one of his weekly blogs.
Biggest surprises on the show this year? How about when we found out that Trent was Max’s father? That was a shocker. Then, another big surprise was finding out that Trent was married to Nicole, but to me, the biggest surprise of all is Nick Fallon turning into a stalker. Nobody saw this coming.

Lastly, I figure we should dish on who the biggest waste of talent has been, all year! I’d have to say the most popular couple, Marlena and John were wasted. Steve and Kayla, in the latter part of the year, Victor, who is a great patriarch and villain, Tony (Thaao Penghlis), who was nominated for a daytime Emmy as lead actor…. Don’t get me started... Lastly, I detest how they’ve made EJ this boring yes man. Somewhere along the way, we lost evil EJ and hope we’ll see him embracing his inner evilness in 2009.

Those are my thoughts for DOOL for the entire of 2008. What are yours? Let’s take it to the polls!

Credit: Nobody seemed to care about the mayor. (Soaps.com)

We’re nearing the end of 2008. With that comes thoughts and discussion of how 2008 was for us and even for our favourite soaps, including Days of our Lives. Most of you already read my blog and discuss with me the thoughts of the happenings in Salem, weekly. Because I don’t want to repeat much of what I’ve already said year round, I’ve decided to keep it simple and post a few of what stuck out in my mind about the show this year.

The best thing this year for the show was getting picked up for another year, plus. The ratings have been shaky all year, but they agreed to tighten their purse strings and stick it out, giving DAYS fans more time with their favourite television family.

The worst thing that happened is that the show decided to let go of a very popular daytime couple in Marlena (Deidre Hall) and John (Drake Hogestyn), in a move that I predict will harm the show more than they realize or want to admit. After reviewing posts on two of the top soap opera websites, (This one and Soap Opera Fan) I can safely say that the majority of people adore these popular characters and do not want to see the actors go. I believe phrases such as: “They go, I go,” are being used daily, by hundreds.

Humor returned! The show hasn’t made a lot of sense to me for oh, about a year! I’m constantly wondering if I’ve missed a piece of the puzzle, when in fact I haven’t. The show had no humour left in it since my Bon Bon (Bonnie Lockhart, Judi Evans) was let go, and thankfully, the humour returned in these forms: In the psychiatric hospital scenes with Steve Johnson, in scenes with Rolf as robot John’s butler and with Nicole Walker’s return from California. She was a breath of fresh air for Salemites, and me.

We saw some sadness this past year in the form of Chelsea not being able to have children, after giving her father Bo a gland to save his life when his pancreas shut down. We lost the patriarch of the Brady family when Shawn Sr. passed away on the sabotaged plane, courtesy of kooky, drugged up Ava. We also saw sorority gals being attacked by rapist, Ford Decker. I’d like to have included Kate’s lung cancer storyline but it wasn’t sad in the least. I’m not going to focus on that as I’ve done so in my blogs already, but I did include a photo comparison. Even for those who don’t watch The Young and the Restless can see that Gloria being in jail sans makeup is much easier to believe than Kate in full makeup and hair, lying on her so called death bed. Need I say more?

We had a bittersweet reunion with “Jarlena”. Fans got their wish and John returned to the show, but zombie John wasn’t exactly what fans had in mind when they wished for a return, and that combined with being teased about a “Jarlena” reunion for two years, several fans became restless and stopped watching. Sure, the show is putting them back together, but it’s too little, too late. They’ll be riding off into the sunset in a few weeks. Big mistake.

Many, if not most, enjoyed one of the most anticipated returns of the show in Stefano DiMera, but didn’t care for how it was executed – myself included. Remember he woke up from his coma and had his henchmen dispense mysterious vapours throughout University hospital? No? Trying to forget?! They induced hallucinations but the hallucinations didn’t have a purpose. Baby Joe, after being in Stefano’s clutches, wound up with a new freckle, but this intriguing freckle was ignored afterward and is now deemed pointless. We wasted a good hour watching those scenes. Viewers watch the show to be entertained. They invest an hour out of their day five times a week to watch this show and they expect to get something out of it. This was a disappointment.

Speaking of which… Here we go. Some storylines I felt lacking included the mayor’s murder storyline – nobody seemed to care for the mayor or care who killed the guy! The Marseilles storyline involving the ever petulant Max finding his exasperating sister Melanie, with his little puppy dog girlfriend Stephanie in tow. That was painful. The only part I enjoyed was cute boy Les and pals who accosted Max outside the bistro in France, but we only saw them for a short time, before the show quickly whisked them away. They could have been fun! Another let down as I mentioned, was Kate’s cancer storyline. It would have been much more emotional if she’d had visitors from those who loved her or even liked her, and if the hair and make-up department would have passed her by, before her scenes. Nick’s stalker storyline was lacking so much that it was a shock to us all that good boy Nick turned stalker. What’s worse is that the other characters compared his obsession of Melanie to his love for his ex-girlfriend Chelsea, and to top things off, in a talk with Philip, in December 17th episode, he told Philip that he was not on the drugs any longer, and therefore not obsessed with Melanie. Eh? Did it remind you of Ava’s storyline? Not just that but it’s doubtful that his obsession just dissipated with the drugs. Pain killers aren’t known to make stalkers. Blake Berris (Nick) deserves props for his acting, during the storyline. It’ll be a shame to lose him in January.

Days of Our Lives' Video Clip of New Year's Eve! 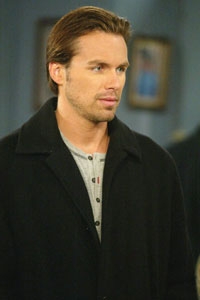