Soaps.com: Characterize Anne a little bit for us. Who is she?

Lynn: Who is Anne? That is going to be the name of my autobiography. Anne is a really shut-down, bitter woman who has worked very hard to get where she is, only what she really wants is Jennifer’s job. And Jennifer, in Anne’s opinion, hasn’t had to do a damn thing other than be a Horton to get what she has. Anne doesn’t see Jennifer as anything deserving of the role that she plays at the hospital. So as far as Anne is concerned, Jennifer is lucky. Anne had to work her ass off to get there and that is just not okay. So Anne’s mission in life, for now, is to destroy Jennifer in any way she can, other than hurt her physically. Which, I don’t know, she might be open to that too.

Soaps.com: How does she know Chloe [Nadia Bjorlin]?

Lynn: The truth is, I could make something up, but I don’t know how we know each other, nobody does. She hears me in the hospital talking crap about Jenn and so she realizes we could have a new friendship.

Soaps.com: Do you think she should have a love interest? A paring with Lucas [Bryan Dattilo] would really stick it to Jenn.

Lynn: Here’s what I think. I think Anne would date or have sex with anyone if she knew it would upset Jenn. That’s what I think. It hasn’t happened yet, but my fantasy, Meredith’s personal fantasy, is that Anne has too much to drink one night and makes a hardcore play for Daniel [Shawn Christian] and creates some scenarios where it looks like Daniel, like any guy, will go there if pushed too far. But that is my crazy fantasy and nothing that happens. I just think Shawn is so hot and I am always flirting with him in the halls. So my dream is that there is some dream sequence where Anne has a dream, she gets drunk, she passes out and she has a dream where Daniel takes her and I have to make out with Shawn.

Lynn: I didn’t set that up! I don’t know who that is. I am learning to Twitter. Missy Reeves is going to teach me to Twitter. But online people say things like, "Go Anne, Jennifer is such a bitch, the writers must have been reading our posts all along because Anne says things that we have been saying forever. You tell her." It is weird how much they hate Jennifer online. And now that Anne is airing more I will be in some random place and someone will run up to me and tell me to leave Jennifer alone. So online, they seem to love Anne and hate Jennifer, and in life they seem to love Jennifer and hate Anne. As long as you love to hate Anne, we are okay.

Soaps.com: We love Anne. How long will she be in town?

Lynn: I have no idea, but I hope it is a long time because I am having the best time ever. But I have no idea because there are many of us who are not contracted like Shawn and Missy, but it is kind of exciting not knowing what is coming. I kind of like it.

Catch up with the new Cameron in our last "DOOL" interview with Nathan Owens. Then find out when Patrika Darbo returns as Nancy. 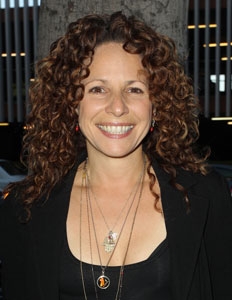 “I think Anne would date or have sex with anyone if she knew it would upset Jenn.”

Meredith Scott Lynn has one of the most impressive resumes in the business, working on movies like “Legally Blonde” and shows like “CSI” and “American Horror Story.” But it wasn’t until just a few months ago when she created the role of Anne Milbauer, the mean hospital lady gunning for Jennifer [Melissa Reeves], that she ever acted on a Daytime set. She talks with Soaps.com about Anne’s beef against Jenn and how long she hopes to be in Salem.

Lynn: This is my very first interview ever for this show. You are popping my “Days of our Lives” interview cherry.

Soaps.com: We are very honored. You have done so much Primetime. Is this your first time doing Daytime?

Lynn: It is my first time and it never occurred to me in a million years that anyone would ever cast me in a soap, so I am thrilled.

Soaps.com: How did it come about?

Lynn: You know, I did a play written by Elizabeth Sarnoff who is a producer of “Lost” and “Deadwood” and a million other shows. She is a big writer in town and she did a play called “Slow Dance in Midtown” that we did a reading of 12 years ago. I have wanted to put this play up since then because this part is written for me and I wanted to do the play. So we did the play in this weird little theater in the valley, and Marnie [Saitta], the casting director for “Days of our Lives,” is probably the only casting director in the city who came to see the play. But she came and had never really seen me do my thing, and that was that. And it was a tiny little part. Like five lines in three different episodes. It was really small at the beginning. And the truth is I thought I was going to be the first really truly Jewish chick on a soap, and then you find out they are all Jewish! They are all just blonde, blue-eyed Jews. So that is how it happened and it has turned into this whole thing.

Soaps.com: We have loved watching you.

Lynn: Can I be honest? I have only watched myself on it maybe twice. There is something about doing, and being, and not watching that feels right to me that I can’t explain it.

Soaps.com: Is it really different doing Daytime and Primetime?

Lynn: It is a completely other world. I have always had enormous respect for actors who were on soaps. I knew someone who was on one and I had heard over the last 20-something years that it is a really hard gig. I just never thought they would cast my type. And these actors are brilliant. They go from zero to 60 in three pages, in one take. Everyone rehearses on their own. The amount of time and commitment and respect that they have for the material – which a lot of people who aren’t big soap fans have lot of opinion about – is really impressive. What I learned when I got there was that I have to approach this material like its Shakespeare. That’s what they all do. I learned that from watching them. At first I didn’t have that much to do. But one take, that is new for me. In Primetime you will do it 6-7 times because they will keep moving the camera around. And this, you are learning it in the hair chair, you better be good, you better get it in one take and get out. And it is an awesome experience. There are moments I blank. I absolutely blank and I look at the camera and I apologize. Someone just told me just a few weeks ago that the TVs are on throughout NBC and affiliates offices. Everyone is watching us rehearse all day long, and that was eye opening. I am a New Yorker and I am blunt, much like Anne is. But I am much nicer than Anne Milbauer.