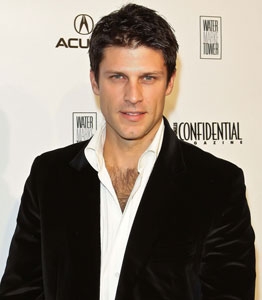 After the attack at the rectory, Nicole and Eric are getting closer than ever and soon Eric may need more than the power of God to hold him back from Nicole’s pull. That was certainly the case when the two first met when Nicole was waiting tables at the Java Café to make ends meet.

In 1998, Eric had just started working at Countess Wilhelmina as a photographer when he first saw Nicole at the café. She was new in town and he was instantly captivated. Sami was working on a New Faces campaign and asked Eric to shoot it. Of course, Eric thought Nicole would make a perfect model and asked her to be the face of the campaign.

She gladly accepted and dreamed of the fame and fortune she might have as a model. She also dreamed of putting her checkered past behind her. The shoot was a success and she landed the cover of Bella magazine. With their careers looking up, it wasn’t long before Eric convinced Nicole to go out on a date with him. Romance blossomed, although their relationship was strained when Nicole’s past started cropping up.

Nicole – or Misty Circle – would do anything to cover up those sordid details, and when Kate offered her $5 million to marry Lucas in order for him to win custody of Will, she agreed. She was able to pay off Jay and get him to leave town, but things were over for her and Eric – for a while at least.

Visit Soaps.com’s Flashback In GH History to revisit the time Tracy faked a heart attack on "General Hospital." Find out how long Ann was sentenced for shooting Harries on "Dallas" with Dallas Recap: Blame Game.

Days of our Lives Returns To Air In...