Days of our Lives Poll: Which Do You Prefer? 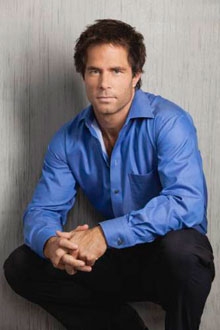 Daniel and Jennifer have already been part of one triangle when Jack returned to Salem after he was thought to have gone on a walkabout, leaving his wife and kids behind. Now that Jack has passed on and Dan and Jenn have gotten close, Chloe’s back in the picture but she’s not alone. She and Daniel share a child together which should bond the two at least as friends. Would you like to see more or are you a diehard Jenn and Dan fan? Vote in Soaps.com’s poll and leave us a message about which lady is best for Daniel.

Watch Prince Jackson interviewing three big celebrities, find out why Alec Baldwin's under investigation, and which big star was accused of shoplifting - and no, it wasn't LiLo! This is all in our newest Celebrity News. Check out the scoops and casting notices for all Primetime Television.

Days of our Lives Video: Back Off...