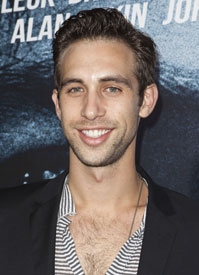 Secret recordings are like opinions in Salem – everyone has one. In fact, if you plan on accusing and/or blackmailing someone in town you better come correct with recorded proof or don’t come at all.

And while Nick has the goods about Will’s misdeeds on tape right now, he could be the next person being blackmailed. No one is off limits from broken privacy laws in Salem.

So which case of recorded evidence – tampered or otherwise – has been your favorite tool of torture? Vote below and let us know about any we missed in the comments.

Reminisce about one of Brady’s brides-to-be that never was in Soaps.com's Flashback in DOOL History. Then find out how Ann’s trial for shooting Harris went on "Dallas" in our Dallas Recap: Trial And Error.

Days of our Lives Video: Hung Up