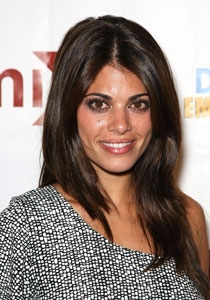 Brady made it clear to Kristen that although he isn’t ready to get married, he is certainly ready to have her move in with him. Of course this isn’t good enough for Kristen, but Brady has had a few bad experiences getting his loves down the aisle. In fact, he has only managed to get married once, to Chloe, in 2005.

But in 2009 he met Arianna Hernandez, Rafe and Gabi’s sister. Caroline had hired her as a waitress at the pub and soon after she got to Salem she reconnected with her brother. She soon also met Brady, but despite their chemistry she pushed him away. She made it clear she had dated drug addicts in the past and did not want to go down that road again, despite his recovery.

Eventually these two got close, but it was soon revealed Ari had her own drug problem. She was using the pub as a front to deal drugs for an overbearing kingpin – or so it seemed. She was actually working undercover for Salem PD to find the source of the drugs in Salem.

The drug lord turned out to be none other than Victor Kiriakis, and once he learned that Arianna was one of his dealers he forced her to end things with Brady. Unable to get out of her assignment with the police, she continued on her quest to uncover the identity of Salem’s top drug lord while still pushing Brady away.

But Brady was persistent and Arianna eventually told him the truth. He offered up the Kiriakis team to help, but when Victor found that Brady was involved with Arianna, he sold the drug business to E.J. and Ari was taken off the case. She and Brady were able to start their life together and left for a tropical island to get married.

Unfortunately Nicole was not having any of it. She followed them and begged Brady for another chance. A storm hit the island and the ceremony was put on hold, so they all returned to Salem where Nicole persisted in getting Brady back. She even plotted to have one of Arianna’s hairs planted at a Salem Mugger crime scene.

Arianna was arrested, and when Brady briefly doubted her innocence she dumped him. Later, she was hit by a car and died before they could reconnect.

Visit Soaps.com’s Flashback In GH History to learn more about the history between Kristina and Johnny on "General Hospital."

What will happen now that Ann was arrested? Get caught up on "Dallas" with Dallas Recap: Trial And Error.

Days of our Lives Video: Biggest...