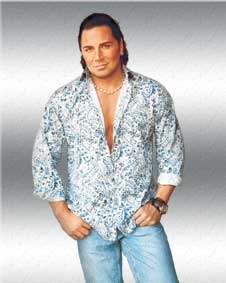 From 1988 to 1990 Billy Hufsey played Emilio Ramirez on Days of Our Lives and in 2009 he will relive that time, as well as his years on the TV show, “Fame” when he appears on the reality show, “Confessions of a Teen Idol”.

This new TV show will follow Billy and six other former teen idols from the 80’s and 90’s as they live together while they recall their hey days, receive mentoring from a life coach and contemplate career comebacks. The other former heartthrobs joining Billy will include, Adrian Zmed (“T.J. Hooker”, “Grease 2”), Christopher Atkins (“The Blue Lagoon”), David Chokachi (“Baywatch”), Jamie Walters (“Beverly Hills 90210”), Eric Nies (“Real World”, “The Grind”) and Jeremy Jackson (“Baywatch”).

Since leaving show business, this former actor and singer focused on his lifelong side business where he bought, built up and sold mortgage, investment and limousine companies. Billy hopes to use this reality show to jumpstart a recording career, as he has a CD called, fittingly enough, “Confessions”, that will be released in late winter.

While on Days of Our Lives, Billy played Emilio who was a gang member turned Kiriakis grounds keeper. His character had an affair with Adrienne Kiriakis, as well as dated Jennifer Horton and Melissa Jannings. Emilio also had a dark side, as he cut the brakes on Justin Kiriakis’ car and became violent with Melissa. His life ended when, during a struggle, Melissa pushed him away, causing him to fall to his death.

“Confessions of a Teen Idol” is executive produced and hosted by fellow former teen idols, Scott Baio (“Happy Days”) and Jason Hervey (“The Wonder Years”) and will begin airing on VH1 on January 4. 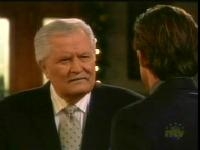