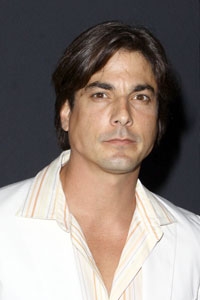 Nick has been doing quite a bit of dirt digging on Will lately, and thanks to his secret recording has concrete proof that Will is the person who really shot EJ, and Lucas was just covering for him to save Will from a prison sentence. Nick probably isn’t planning on making a scrapbook with his findings, so things are not looking to good for the two Hortons.

Back in 2007, Sami was pregnant with the twins, but unsure of their paternity. She was engaged to Lucas and the two happily wed, but Lucas was soon to get a big blow. On their wedding night, Sami confessed to him that she had sex with EJ to save Lucas’ life, and because of that she was unsure who the father of the babies really was.

Lucas was ashamed Sami didn’t feel like she could come to him after it happened and vowed to be a better man for her. Their happiness was devastated even more when the DiMeras demanded Sami leave Lucas and marry EJ after Kate had Nick make a false paternity report claiming EJ as the father of both babies.

The babies were born in October 2007 and it was soon revealed that Johnny belonged to EJ and Ali to Lucas. However, Stefano promised to end the vendetta against the Brady family if Sami married EJ. So days after the birth, Sami and Lucas ended their marriage so Sami could walk down the aisle with EJ.

On EJ and Sami’s wedding day, Will snuck into the church and shot EJ in the back. In an effort to protect his son, Lucas confessed and pleaded guilty to attempted murder. He was sentenced to 10 years in prison but in 2008, Lucas became eligible for parole and moved into the DiMera mansion under house arrest.

Laura Spencer is back in Port Charles, but why? Visit Soaps.com’s Flashback In GH History to learn about the last time she showed up on "General Hospital."

How long can Bobby cover for Ann? Get caught up on "Dallas" with Dallas Recap: False Confessions.

Days of our Lives Video: Who Would...