Days of our Lives Poll: Nicole And Father Eric? 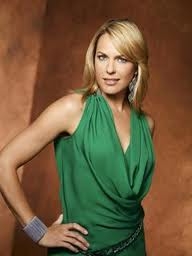 The bad girl and the priest.

Nicole and Eric dated once upon a time when he was an average photographer. Now, he’s a devout priest, and talk of religion practically makes Nicole break out in hives. They’re about as opposite as you can get but Father Eric has made her his pet project and like everyone else in Salem, he’s trying to change her. Kristen noted the closeness Nicole and Eric shared at the police station and assumed Nicole wants Father Eric the way that Kristen once fell for Father John. Is this storyline enticing to you? Is it something we could do without? Vote in Soaps.com’s poll and let us know a little about the reason for your vote in the comments.

Find out what's going on with Chloe and Nicole's friendship in Nadia Bjorlin’s interview and read about the new shocking wardrobe advisory at this year's Grammy Awards in Soaps.com's Celebrity News.

Days of our Lives Video: Pushing...