Locked up for murder.

Something seems to be relentlessly driving Nick as he slowly plots to secure a nice little family for himself, Gabi and Will Horton’s daughter – who also happens to be his former one-night stand, Billie Reed’s grandniece.

Billie knows a thing or two about prison time and baby snatching, having been kidnapped by her father as a child. Billie first arrived in Salem with a notorious rap sheet and a serious cocaine problem. But somehow she had the smarts for business and later turned herself around with her company Countess Wilhelmina cosmetics. Prior to ‘fully’ redeeming herself before the residents of Salem, Billie was in prison and facing a serious sentence for murdering her own father Curtis Reed, who was guilty of raping her and feeding her addiction to drugs. While in prison, Billie and her brother, Austin discovered that Curtis Reed and Kate Roberts were once married. They put two and two together and discovered their parents, and more importantly were reunited with their mother Kate. Until then, Billie had never revealed her relation to Curtis fearing that the love of her life, Bo Brady, would reject her. Thankfully, he didn’t and she was eventually found innocent of any wrongdoing and released.

Do you remember who actually killed Curtis Reed? Vote in the poll and comment below.

Test your Port Charles knowledge and vote in the GH Poll: Luke And Laura. What do Britney Spears, Jennifer Lopez and UFC Hall of Famer Randy Couture have in common? They may all be getting their own show! Read all about it in this week’s Celebrity News.

Days of our Lives Video: Taking Nicole In 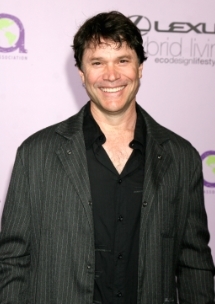