At this point Emilio returned to Salem and Jennifer took him back. But she was constantly thinking about Jack. She didn’t know yet that she loved him, but their sparring at work and his constant angling for her affection kept her interested. She kept at him to be a better person but she agreed to marry Emilio anyway because Jack continued to hide his feelings.

Do you think Kristen is going to get hurt? Let us know in the comments below. Visit Soaps.com’s Flashback In GH History to learn more about Liz and Ric’s tumultuous relationship.

Dallas came back in a big way this week with a 2-hour Season Two premiere. Catch up on all the devious dealings with Soaps.com's Dallas Recap: Battle Lines and Dallas Recap: Venomous Creatures. 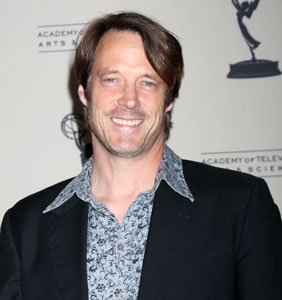 Kristen may have been playing a devious game when she first took up with Brady, but it appears she underestimated the pull of Brady’s impeccable pecs and unwavering confidence that what they have is real. And while Kristen’s feelings seem to be increasing for her boy toy, she is certainly not the first person in Salem to pretend to put on a show only to have their feelings surprise them.

Way back in 1989, Jennifer Horton was a cub reporter for the Spectator and her editor was the devious Jack Deveraux. She had just ended things with Emilio, a former gang member and made friends with a pregnant homeless girl, Sally. Sally got herself arrested in order to avoid giving birth on the streets but when the baby girl Hannah was born, officials refused to give her to her mom.

Jennifer and Jack concocted a plan to pretend they were married in order for Jennifer to foster the baby. Jennifer was nervous about the plan at first, considering how devious Jack had been in the past. But she eventually relented and the two moved in to an apartment Jack rented in order to fool the social worker.

For a short while the two cared for baby Hannah while pretending to be man and wife. Jennifer was taken with how gentle and caring Jack was with the baby. It showed her a whole new side to him, one that she really liked and truly began to fall for. He was already in love, but hiding his feelings.

Days of our Lives Video: Bickering With Brady

Trailer For DOOL's Chandler Massey In Jesus In Cowboy Boots