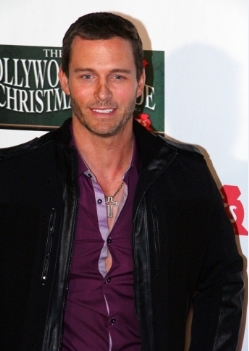 From 9:30 AM until 11:30 AM will be a meet & greet with the cast at Universal CityWalk. This will be followed by another round of meet and greets from 12:00 PM until 2:00 PM and a final round from 3:45 PM until 4:45 PM. There will be a Q&A session with the cast in the Animal Actors Theater within Universal Studios Florida from 7:45 PM until 8:15 PM. At night, fans can see the actors toss beads from a float during Universal Orlando’s Mardi Gras parade within Universal Studios Florida.

For more information about the event, visit NBC/Universal.

Be sure to cast your vote in this week’s DOOL Poll: Name Baby Hernandez-Horton. And find out which series HBO has renewed in our Primetime Dish.

Join us on Twitter @soapoperafan and Facebook. Come tweet and Facebook with us about “Days of our Lives,” all the other soap operas, “Dallas,” “Glee,” “Grey’s Anatomy,” “Pretty Little Liars,” “Revenge” “Vampire Diaries” and “Venice The Series!”