I can’t imagine my life without her.

Bo Brady left Salem with his Ma Caroline for good reasons. Now retired from the police force, it seemed the time was right for the good detective to concentrate on being a devoted son, taking care of his sick mother. Leaving his wife Hope wasn’t easy either. But since Caroline’s healthy return to Salem, Bo has been suspiciously absent.

So what happened to the man who couldn’t live without his wife? What’s keeping him away?

A few years ago, after discovering that the person who was responsible for her son Zack’s death was Bo’s daughter Chelsea, and that Bo kept that fact a secret, Hope rapidly fired off an email to her husband asking him for a divorce. And when his answer came back ‘yes’, she promptly went on a sailing trip with Patrick Lockhart. But despite ‘agreeing’ to the divorce, Bo still remained, stewing in sorrow and frantically wracking his brain to find a way to put his marriage back together…with ex-lover Billie’s support.

Hope, for her part, regretted pressing ‘send’ and with memories of good times with Bo while they sailed on the Fancy Face bombarding her thoughts, Patrick got to the heart of the matter asking, “Do you still love Bo?” Upon answering yes, Hope agreed to return and sail back to Salem.

A reunion was merely a few days away, but unfortunately, as with most long lost loves the road to said reunion is paved with speed bumps – namely people who didn’t want to see Bo and Hope together. Do you remember who really answered Hope’s email to Bo? Vote in the poll and comment below.

Test your Port Charles knowledge and vote in the GH Poll: Frisco And Felicia Reunite.

This popular movie star known for his comedic debut on “Saturday Night Live” and his curse-laden stand-up comedy is about to make a return to TV. Here’s a hint: his last name rhymes with ‘slurpy’. Find out who in Celebrity News.

Want to be the first to know about the latest stars calling kaput on their relationships? Stay tuned to Celebrity Splits. 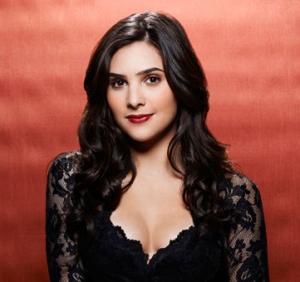