Soaps.com Talks With Days of our Lives’ Sandra Robinson! 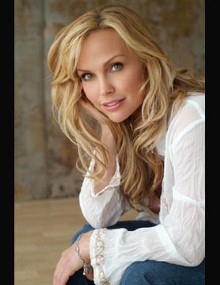 Soaps.com was lucky enough to get an opportunity to talk to Sandra Robinson, who is playing John’s very attractive new therapist, Dr. Taylor Hayes! Many Soaps.com readers will remember Sandra as Amanda Cory on Another World, as Jade on Sunset Beach, or even from her stints on The Bold and the Beautiful or General Hospital. Days of Our Lives landed a real pro when they enticed Sandra into returning to her Daytime roots! It was a real treat talking to her and getting her insight into this intriguing new character.

Soaps.com: So you’ve been on set about a month now at Days of Our Lives?

Sandra: About a month, yes.

Soaps.com: Is it a long-term role? Have you signed a contract?

Sandra: I can’t tell you. [laughs] We don’t know. You know, I jokingly say that the fans have a lot to do with storylines, and I don’t think they realize that they do – but they do! I don’t know what they really had in mind when they wrote this character [Dr. Charlotte Taylor] in, I think it was just going to be a couple of days, but now it’s more than that for sure!

Soaps.com: That’s great news! So, you’re along for the ride, whatever happens?

Sandra: I’m along for the ride! Yes.

Soaps.com: So, was there any background given for this character, or her motivations?

Sandra: No, there was none. It’s coming out as they’re writing it, but as the person who’s portraying it, you have something in your head from day one, and if it changes it changes. But that’s the thing about soaps – things change all the time!

Soaps.com: What is your opinion on the current climate in Daytime? There are some big names being let go, not just from Days of Our Lives, but other shows as well. In your opinion, has Daytime always been like this, or is this a new trend?

Sandra: I’d say it’s twice as active as far as the hirings and firings. There’s always an influx of new talent and old favorites leaving – that’s the way things are in this genre. But, right now, unfortunately, the networks and soaps aren’t any different than any other companies out there – we’re feeling it, and we’re not any different, except that some of the people [being affected] happen to have their faces on TV. It’s pretty typical of what’s going on in a lot of other companies and corporations. It kind of reflects the economic times. When the companies that advertise can’t afford to anymore, it has a domino effect. You never know when you’re going to pick up a script and it’s going to say that your character goes away!

Soaps.com: Your character, Dr. Charlotte Taylor, has been interacting with John and Marlena. Will something develop between her and John, or is there another love interest lined up for her?

Sandra: She and John become very close through the therapy. She’s trying to get him to open up and reach those memories and emotions that he has repressed, so of course there’s going to be a certain amount of bonding going on, but does it actually come to fruition, or anything romantic? Don’t know! Even in real life in that situation there might be a certain attraction there, or bonding, so you never know.

Soaps.com: With John and Marlena leaving the show in January, will Dr. Taylor be the resident therapist in town after Marlena is gone?

Sandra: Oh wow. I don’t know if I lose my office or not! Those are the scripts that are coming out right now. What I do know is that we have a sort of a rough start to 2009.

Soaps.com: How familiar are you with other characters and storylines on the show? Are there any that have caught your interest that you might like to see your character interact with?

Sandra: There’s a few, actually, that I think are kind of fun, but right now they’re keeping me strictly with [John and Marlena]. I think that has a lot to do with the fact that they’re leaving. They’re kind of using me to move things along – I fall into the category of ‘catalyst’! I think there are a lot of cool storylines on the show, but it’s hard for me because I’m still getting acquainted with [Days]. The storylines I think I pretty much understand, what I have a hard time with is getting everyone’s real name right! [laughs] So that’s my challenge!

Soaps.com: That Dr. Daniel Jonas is always around the hospital…

Sandra: [laughs] Yeah! He’s pretty cute isn’t he? He gets around though – I’ve heard he gets around. I do need a friend!

Soaps.com: Can you offer any other hints about what Charlotte will be getting up to in the future?

Sandra: I have been working pretty intensely with John, but there are scenes with Marlena too, maybe even more. So, it’s not just John that I’m interested in.

Soaps.com: Does Charlotte’s interest in Marlena have anything to do with her having known Charlotte’s now-deceased father?

Sandra: It could! [laughs]

After this teaser, Soaps.com is certainly looking forward to seeing more of Dr. Charlotte Taylor (and Sandra)! In part two of this interview, Sandra dishes about Another World, and gives us a heads up on the other projects she has in the works! Read it at our sister site, Soap Opera Fan Blog ! For more on Sandra, check out her all new website, and her MySpace page, where you can read her blog! 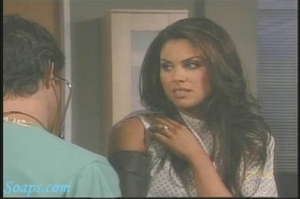 Days of our Lives’ James Reynolds on the Hollywood Handshake Tour 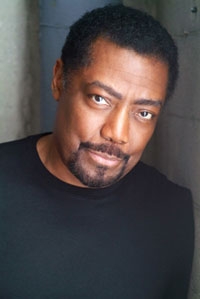