Do you think John and Brady will reconcile soon? Let us know in the comments below, then visit Soaps.com’s Flashback In GH History to brush up on AJ's history with Sonny's sister Courtney.

Read Soaps.com's Revenge Recap: Collusion to see what happened when Nolan realized he got played. Then, catch up on all the soaps, all at once with Soaps.com's Soap Opera Fan Summaries. 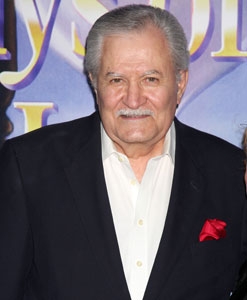 While John Black and Brady Black have their fair share of issues to get over right now thanks to Kristen’s manipulations, they are certainly not the first father and son duo in Salem to find themselves at odds. There is just something about the women in Salem that tears relationships apart.

Victor Kiriakis’ relationship with his son Philip has been its own roller coaster ride over the years, but never were these two so contentious as when they did battle over Chloe. In fact, he once even used Brady as a tool to break up Chloe and Philip.

Chloe was teased mercilessly in high school, taunted by Philip as harshly as anyone else who called her “Ghoul Girl” – until he started to see a new side to her. They grew closer and closer and even shared a first kiss. Too bad his father Victor didn’t see things the same way and made moves to interfere in their relationship.

Victor enlisted the help of Brady to get close to Chloe, making him promise to break up her and Philip. Brady agreed and got close to Chloe, making sure she knew that Victor was not okay with her dating Philip. He warned her that Victor would do anything he could to protect Philip. She wasn’t scared, and insisted that her relationship with Philip was not up to Victor.

Chloe soon caught on to the fact that Victor was using Brady, and Philip realized it too, warning Brady to stay away from Chloe. Meanwhile, Victor threatened to send Philip to boarding school for his bad grades, but he agreed to study harder and asked Victor to let him continue to see Chloe.

In July 2001, it all came to a head for Philip and Chloe at the Last Blast dance after Jan and Mimi showed a slideshow of naked pictures of Chloe in the shower. Philip lashed out at Chloe, and Nicole Walker was more than happy to tell Victor every dirty detail about what happened at the dance. She even directed him to OperaGirl.net, where the pictures were available for purchase. Philip finally admitted to Victor that he was right about Chloe and ended it with her while Victor wanted to thank Brady for a job well done for planning the whole thing.

Days of our Lives Weekly Spoiler Video: Helping Her Through It 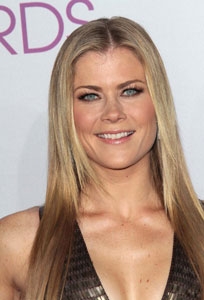